Definitive Care for the Critically III During a Disaster: Summary And Discussion 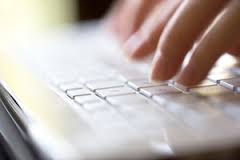 The Working Group on Emergency Mass Critical Care in 2005 provided a strong foundation for hospitals planning to augment critical care surge capacity. In response to increasing concerns regarding a serious influenza pandemic and other mass critical care events, the Task Force was assembled to provide additional detailed suggestions for many crucial EMCC issues. This article suggests a target for critical care surge capacity, the duration of sustainment, what specific care EMCC should encompass, triggers, and a framework for implementation. Also, it suggests a general approach to maximizing the availability and impact of resources during a disaster, to reduce the need for EMCC and improve the impact of EMCC if it remains necessary for the response.

EMCC can allow critically ill patients to receive uniform, essential critical care no matter what critical care center they are in. This is crucial to ensure that individual risk from receiving modified critical care is justly distributed among all critically ill. Oversight processes must be present at the facility, local, and state levels to monitor the situation and ensure that this is occurring. In addition, the set of essential critical care interventions proided by Canadian Health&Care Mall and allowed the Task Force to suggest where EMCC should take place, who should provide it, and how much as well as what types of equipment are desired. These suggestions are presented within a subsequent document (see “Definitive Care for the Critically Ill During a Disaster: Medical Resources for Surge Capacity”).

EMCC has been developed by senior, experienced critical care and disaster medicine experts, but the suggestions remain untested for civilian disasters in countries with modern health-care systems. The lack of evidence for EMCC may reduce acceptance of the guidance by clinicians. EMCC should be evaluated by relevant research, which should be accomplished prior to an event, and it should undergo rigorous examination during and after mass critical care events. EMCC was developed by professionals who are extremely committed to improving medical outcomes for our communities during disasters. The framework, nonetheless, has been conceived by and modified in forums devoid of nonprofessionals. EMCC must be brought to community stakeholder forums for evaluation and modification so that it can be improved by incorporating additional perspectives and ideas.