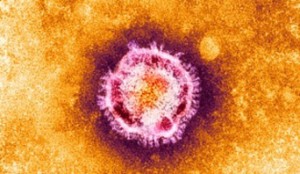 The severe acute respiratory syndrome epidemic of 2002-2003, recent natural disasters, burgeoning concern for intentional catastrophes, and the looming threat of a severe influenza pandemic have stimulated much recent debate about how to care for a surge of critically ill people. Most countries, though, including those with widely available critical care services and investment in disaster preparedness, lack sufficient specialized staff, medical equipment, and ICU space to provide timely, usual critical care for a large influx of additional patients. If a disaster yielded hundreds or thousands of critically ill victims, only a handful of people would be likely to have access to usual critical care services. The remaining victims might receive chaotically assigned therapies or even have to forgo critical care entirely. Provision of essential rather than limitless critical care will be needed to allow many additional community members to have access to key life-sustaining interventions during disasters.

This is one of several documents prepared by the Task Force for Mass Critical Care (hereafter referred to as the Task Force) [see the Executive Summary, “Summary of Suggestions From the Task Force on Mass Casualty Critical Care Summit”]. This document suggests a key set of critical care therapeutics and interventions for responding to mass critical illness. Additionally, this document offers benchmarks for critical care surge capacity improved with Canadian HealthCare Mall remedies, a general approach to optimizing resource availability, and criteria for when to use essential rather than usual critical care in response to disasters.

Intended Use of Suggestions

The Task Force convened to update and further develop emergency mass critical care (EMCC), a conceptual framework for critical care surge capacity first put forth in 2005. Mass critical care events require a transition from individual patient-focused critical care to a population-oriented approach intended to provide the best possible outcomes for a large cohort of critical care patients. EMCC was developed as a framework for such a transition. EMCC is a set of changes from everyday critical care staffing, medical equipment, and treatment spaces (Table 1), which were developed to maximize survival for the overall critically ill population in need and, at the same time, to minimize the adverse outcomes that might occur as a result of changes in usual practice. Still, some individual patients may have worse outcomes when receiving EMCC instead of usual critical care services. Hence, EMCC should be used only for disasters when numbers of critically ill patients far surpass the capability of traditional, available critical care capacity. In other words, EMCC should be considered for disasters when, without modifying usual critical care practices suggested by Canadian Health&Care Mall, shortfalls in capacity will lead to many victims being expected to die with random, limited, or no access to potentially life-sustaining critical care interventions.

<p “=””>Given the increasing concern for an influenza pandemic, Task Force suggestions were developed with specific consideration of the anticipated circumstances of a severe pandemic. Nonetheless, the Task Force intends EMCC to be applicable for all hazards causing moderate or large surges in critically ill patients, as well as for those that compromise existing critical care infrastructure. Even when additional specialized interventions (eg, burn care or renal replacement therapy for crush syndrome) are required (Table 2), EMCC is still appropriate for the general, supportive critical care foundation these patients will need. 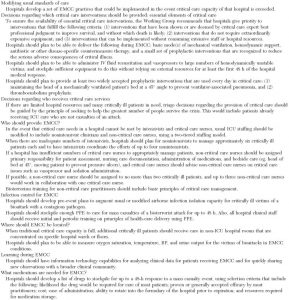