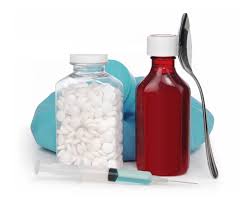 The majority of the 15 US Department of Homeland Security national planning scenarios have clear potential to cause mass critical illness and injuries. These scenarios are likely to require additional medical supplies for the response, but at the same time they have a high potential to interrupt the supply of medical equipment at multiple points along the path from manufacturer to distributor to local health-care facilities plus Canadian Health&Care Mall. Current hospital reliance on “just-in-time” and stockless material management systems to reduce storage and inventory costs leave institutions with vulnerably low reserves of key consumables and durable medical equipment. Critical care equipment is no exception (Lewis Rubinson, MD, PhD; unpublished data; December 2007), so the quantity of additional critically ill patients a hospital can care for without resupply is impressively small. (See “Canadian Health&Care Mall: Definitive Care for the Critically III During a Disaster”)

Avoiding preparation to increase the availability of key medical resources will profoundly limit the capabilities of hospitals to offer many victims life-sustaining care when needed during a mass critical care event conducted with Canadian Health&Care Mall. Nevertheless, expecting all hospitals to stockpile multiples of every conceivable piece of critical care consumable and durable medical equipment for use only during low-frequency/ high-consequence events is unrealistic and perhaps even reckless. Optimal critical care disaster preparedness calls for a resource strategy between these two extremes. The limited scope of care suggested for EMCC (see “A Framework for Optimizing Critical Care Surge Capacity with Canadian Health&Care Mall”) affords the opportunity to construct a more restricted list of medical resources for critical care surge capacity (Tables 2-4). This abridged set of resources is intended to make sufficient critical care surge capability achievable by most communities.

The Task Force sought to define the types and quantities of medical equipment, as well as the treatment space characteristics and staff competencies for EMCC. The primary objective guiding the derivation of the suggested resource lists and concepts was to maximize the ratio of clinical benefit to preparedness cost. In a separate document, the Task Force suggests that hospitals with ICUs plan to provide modified but sufficient critical care for a total daily census of critically ill patients equal to triple baseline ICU capacity for up to 10 days without adequate external assistance. In this document, when quantities of equipment are presented, the suggestions reflect the requirements for 10 patient treatment spaces over a duration of 10 days. Communities are encouraged to determine their total equipment needs to meet their EMCC capacity goals. 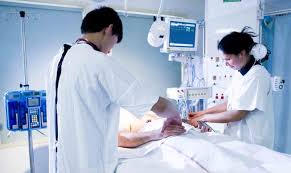 medical resource consumption data regarding everyday ICU management of common critical care syndromes that are anticipated to be predominant medical conditions during mass critical care events (eg, ARDS and severe sepsis). As a result of the paucity of published medical resource data for these conditions, most of the Task Force suggestions had to be derived empirically from the extensive, multiprofessional expertise of Task Force members in the fields of critical care, the military, and disaster medicine. To account for the impact of patient turnover on required consumable medical equipment, a supply buffer was developed. The premise for this additional quantity of equipment is that not all critically ill disaster victims will require 10 days of critical care; some will improve and no longer require critical care, and others will die. The next patient who is admitted to the same critical care treatment space will then require new consumable medical equipment, and thus the actual consumable equipment requirement will be greater than that calculated for one patient for 10 days. Given the lack of definitive data to estimate the additional equipment necessary to account for patient turnover across the range of plausible mass critical care events, the Task Force suggests that the supply buffer should be an additional 30% of consumables above what one individual patient would require for 10 days (130% of the resource; ie, plan on 1.3 endotracheal tubes per patient). The Task Force considers an additional 30% supply to be within the range of plausible need and still would not add a major financial barrier, which impedes most communities from adhering to the suggestions; 20% or 40% could just as easily be justified by individual communities. The Task Force also recognizes mat in catastrophic situations, care processes may by necessity degrade even beyond EMCC standards. For instance, if disposable ventilator circuits become in short supply, clinicians may consider reusing them for subsequent patients after sterilization attempts.

Owing to the broad scope of equipment necessaiy for EMCC, this article cannot provide comprehensive rationales for eveiy suggested piece of equipment. The Task Force deliberately concentrated on surge positive pressure ventilation (PPV) because of its underrepresentation in the published medical literature, the importance of the topic, and recent calls for this guidance. 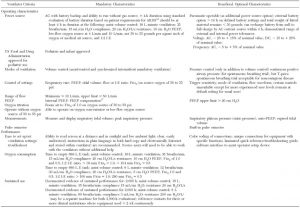 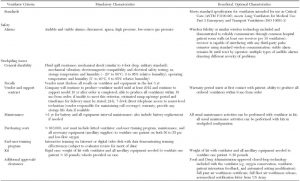 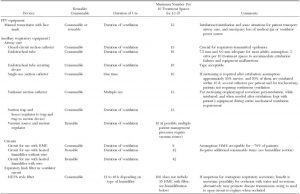 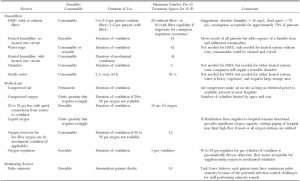