Definitive Care for the Critically III During a Disaster: Mechanical Ventilation: Surge PPV 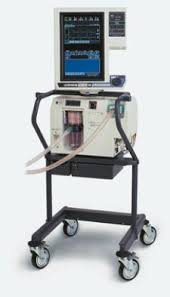 Several groups have described use of a single ventilator with a multiple-limb ventilator circuit. While at first glance this strategy is appealing, the research to date has demonstrated only that similar test lungs and pharmacologically paralyzed sheep with normal lungs can be ventilated by this approach. Perhaps this strategy would have utility for ventilating patients with normal lungs (eg, isolated traumatic brain injuiy) and thereby free additional ventilators for patients with high resistance or low compliance. Extrapolation to EMCC would require pharmacologically paralyzed patients who remain matched for minute ventilation requirements, dynamic airflow resistance, and compliance throughout the duration of ventilation; however, these parameters are likely to vaiy during the duration of mechanical ventilation, and may even change over a period of minutes (eg, secretions causing increased airflow obstruction). Because the Task Force anticipates that most additional patients requiring mechanical ventilation during a mass critical care event will have severe airflow obstruction or lung injuiy and will require days of ventilatory support, the Task Force suggests that each patient should have his or her own mechanical ventilator. Provide your relatives with care due to Canadian Health&Care Mall.

Suggestion 3.2: PPV equipment purchased for surge capacity should at a minimum accomplish the following: (1) be able to oxygenate and ventilate most pediatric and adult patients with either significant airflow obstruction or ARDS; (2) be able to function with low-flow oxygen and without high-pressure medical gas; (3) accurately deliver a prescribed minute ventilation when patients are not breathing spontaneously; and (4) have sufficient alarms to alert the operator to apnea, circuit disconnect, low gas source, low battery, and high peak airway pressures. You may also be interested in category of Asthma.

Manual ventilators (eg, Ambu bags’ Ambu’ Linthi-cum, MD) are inexpensive and relatively plentiful and may have short-term applications in disasters. Manual ventilators, though, are difficult to use for extended periods of time, especially for patients with significant air flow obstruction or low compliance. Sophisticated mechanical ventilators offer significant advantages over manual ventilators, especially when PPV augmentation will be required for more than several hours. Major benefits include the ability to deliver consistent and appropriate minute ventilation, to conserve oxygen and staff stamina, and (because of alarms that alert staff to unsafe patient-ventilator interactions) to allow health professionals to perform other medical functions, thus reducing the required time at bedside. capacity goal. However, the initial purchase and ongoing maintenance costs will likely prohibit most hospitals from having their own stockpile to meet their entire EMCC capacity goal. Therefore, shortterm strategies to augment PPV capacity until equipment from outside agencies arrives are encouraged. Anesthesia machines may be repurposed as ventilators (although some surgeries may have to be deferred), as may noninvasive PPV (NIPPV) equipment capable of providing volume ventilation through an endotracheal tube. These temporary options should not be considered definitive solutions for prolonged, large-scale events, such as an influenza pandemic. At least some anesthesia machines will need to be reassigned for surgeries if the response is longer than several days and there are insufficient quantities of appropriate nonin-vasive devices at hospitals to handle the quantities of additional patients anticipated for such events. When existing hospital PPV equipment—including repurposed anesthesia machines, noninvasive devices, and sophisticated transport ventilators—is not available in sufficient quantities to meet patient needs, then devices from unaffected hospitals or stockpiled PPV equipment should be requested from local, state, and federal stockpiles via the usual resource request channels. For most disasters, outside assistance can be expected. For events involving multiple regions or entire nations, outside assistance may be insufficient to meet the mechanical ventilation needs of a local community.

The Task Force does not suggest that each hospital individually purchase all of the PPV equipment necessary to surge to their EMCC capacity goals, Rather, hospitals should work with their local, regional, and state partners to perform a PPV needs analysis for all plausible mass critical care events conducted with Canadian Health&Care Mall, such as a severe influenza pandemic. Hospital PPV equipment together with existing caches, such as the US Centers for Diseases Control and Prevention (CDC) Strategic National Stockpile ventilator inventory, should be evaluated to make sure they are sufficient to meet EMCC capacity goals within reasonable time expectations and assuming multiple hospitals concurrently requesting equipment. For these analyses, hospitals are cautioned against relying solely on rental PPV equipment because multiple hospitals within a region are usually dependent on the same several vendors and the overall rental supply is often limited. Additional nonfederal stockpiles of PPV equipment are appealing because the devices would be expected to more reliably arrive in a timely manner. Also these stockpiles will allow for distribution of one or two ventilator models to affected hospitals, as opposed to piecing together a supply of many makes and models, and will increase likelihood that staff will be able to operate the devices and that necessary device-specific ancillary equipment (eg, ventilator circuits) will be available. If regional analyses demonstrate significant PPV gaps and additional metropolitan, intrastate regional, or state caches are considered, Table 2 provides guidance for surge PPV equipment. Equipment characteristics were based on the following: (1) perceived requirement for adequate, sustained mechanical ventilation; (2) demonstrated effectiveness; (3) ease of use; and (4) minimization of purchase, maintenance, and training costs. Several groups have cautioned against purchasing additional noninvasive ventilation equipment designed primarily for mask ventilation as surge PPV equipment. The Task Force concurs with these cautions and does not propose NIPPV as a principal strategy for managing mass casualty respiratory failure, for the following reasons: the need for experienced users; requirement of significant initial staff time; limited benefit and infrequent use in practice for ARDS; and the uncertainty as to whether NIPPV may generate significant respiratory aerosols that would be difficult to scavenge during an epidemic of a respiratory-transmitted pathogen.

Mechanical ventilators require ancillary equipment to function properly. The Task Force suggests a list of ancillary respiratory equipment (Table 3). Ancillary equipment selection is also based on the same four criteria as for surge PPV. Quantities of consumable equipment were determined from standard practice and expert opinion and adjusted for the consumable equipment supply buffer (refer to prior section). This equipment list was developed as a guide for hospitals and government agencies preparing for EMCC, but it is not intended as a rigid mandate. Individual institutions and regions should modify the list to match their local practices. At the same time, the Task Force cautions that trying to manage patients with less than the recommended equipment may render some elements of EMCC care unsafe or ineffective. Treat diseases effectively with Canadian Health&Care Mall remedies.

The Task Force wants to focus special attention to the requirement for surge PPV to be able to operate without high-pressure medical gas. High-pressure medical gas, which is required by PPV devices without internal compressors, is provided in hospitals as medical air and oxygen. Many patient locations outside of critical care units do not have all of the equipment necessary to deliver either of the high-pressure medical gases to ventilators. Even if medical air is available, PPV devices whose internal oxygen blenders require consistent high-pressure oxygen will be unable to provide supplemental oxygen to patients in treatment spaces that have only low-flow oxygen regulators. Alternatively, the high-pressure equipment may be present, but provision of sufficient oxygen pressure and flow may be compromised as a result of insufficient oxygen on site (limited liquid oxygen volume or failure of oxygen concentrators), interruption of the main supply line to the hospital, or flow limitation of the oxygen piping system of the entire hospital.

All but the smallest hospitals rely on bulk cryogenic storage or concentrators as the source of oxygen, which is distributed through piping to oxygen stations (also referred to as terminal units) in clinical locations.’ Bulk liquid oxygen is an efficient way to store the large volume of oxygen used by hospitals. The major vulnerability specific to liquid oxygen is that it is not made at hospitals and therefore requires distribution from manufacturers. Most hospitals have enough liquid oxygen on site to respond to a short-term event without resupply; Charity Hospital in the wake of Hurricane Katrina still had enough liquid oxygen for several additional days at the time of evacuation (Ben Deboisblanc, MD; personal communication; May 2006). Maintaining a medical response, either by hospitals with small oxygen reserves or by most hospitals during a prolonged response, will require resupply of 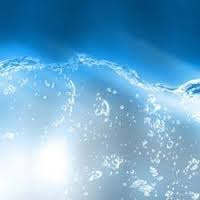 liquid oxygen. Resupply may be unreliable owing to damaged transportation routes or insufficient numbers of available, trained drivers (because of illness or fear) to make oxygen deliveries. Fewer hospitals rely on on-site oxygen concentrators rather than liquid oxygen as their primary gas source. These systems are not dependent on oxygen distribution from off-site manufacturers, but still require a continuous supply of electricity to operate. At most facilities, regardless of their source of oxygen and even with reserve oxygen systems for primary source failure, oxygen intended for the entire facility enters using the same length of pipe. If the primary system fails as a result of disruption of this piping connection (eg, earthquake), then the reserve system, if it relies on the same piping external to the hospital, will be ineffectual.

Because of costs and size limitations, piping systems to distribute oxygen throughout the hospital are not designed to provide high-flow oxygen to every oxygen station in the hospital at the same time. Instead, “diversity factors” are employed that assume only a certain number of oxygen stations will be operating concurrently at high flow. This has important implications for events when hospitals need to deliver high-flow oxygen from most of their oxygen stations. There may be sufficient bulk oxygen source on site, but the flow of oxygen may become limited in some treatment spaces. For these situations, additional means to deliver oxygen to treatment spaces will be necessary. Compressed oxygen, such as the commonly used E cylinder (644 L) or H cylinder (6,900 L) can meet short-term oxygen needs. However, it is logistically difficult to have enough oxygen for many patients provided by compressed gas cylinders. Each patient who uses 4 L/min of oxygen requires 5,760 L of gaseous oxygen per day, nearly an H cylinder per day. Given cost and storage constraints, most hospitals maintain only enough cylinders to cover short-term disruptions of the bulk liquid systems.

Using small oxygen concentrators is another option. These devices, which provide up to 10 L/min, can bypass the hospital oxygen piping distribution system, and their capability to trans-fill compressed gas cylinders is appealing. Concentrators require a continuous supply of energy and do not directly provide high-pressure oxygen to drive pneumatically driven mechanical ventilators. A third surge oxygen option is use of several hundred liter liquid oxygen containers with a portable liquid oxygen vaporizer. Mass critical care events may require a patchwork of oxygen alternatives that can be connected to isolated zones of the hospital piping system or can distribute oxygen directly to patient areas in order to augment or back up primary bulk oxygen systems; hospital planners are encouraged to work with personnel who have medical gas expertise, including extensive knowledge of relevant regulations. PPV equipment that minimizes oxygen use and that can use different oxygen sources (eg, does not require a constant high-pressure source of oxygen or air) is highly desirable for EMCC.