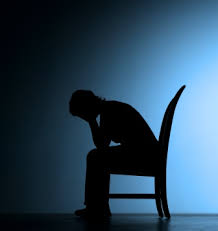 The relationship between depressive conditions and asthma has been considered mostly in terms of patient-reported depressive symptoms. The few studies that addressed physicians reports primarily focused on physicians diagnoses of overall mental health or depression in severe asthma. In contrast, we addressed physicians diagnoses of depressive disorders in stable primary care patients. We found that physicians reports were related to asthma severity, and this relationship persisted after adjusting for demographic and other variables. The relationship between physicians reports and asthma control, however, was weaker. The most likely reason for this difference was the timeframe in which physicians assessments were made. Specifically, we reviewed charts for any depressive disorder, and most patients with a disorder had the condition in the past with continuation through the enrollment period. Because the SOA encompasses events of the past year and earlier, the severity measurement overlapped extensively with the time period in which physicians diagnoses were made. In contrast, the ACQ refers to symptoms and limitations during the preceding week. Because physicians assessments were not made on a weekly basis, they were not as sensitive as the patient-reported ACQ measurement to anticipated fluctuations in depressive symptoms. This finding is important because it leads to the hypothesis that long-standing depressive conditions may not be as critical to asthma control as are short-term depressive symptoms. This may be because asthma control requires motivation to evaluate daily symptoms and to follow through with effective self-management. In addition, a positive psychological state may make patients more receptive to changing therapy and more willing to seek help from others.

It is also important to note that in our study physician-reported disorders were associated with clinical indicators of asthma. Specifically, a greater percentage of patients with depressive disorders had SOA scores in the higher 5-point increment categories, which correspond to more clinically apparent disease, defined by the authors of the SOA as more emergency department visits, urgent physician visits, and restricted days of activity because of asthma. Similarly, more patients with depressive disorders had ACQ scores > 1.5, corresponding to asthma that is not well controlled, and fewer had scores < 0.75, corresponding to well-controlled asthma defined by the authors of the ACQ as fewer daily symptoms, better peak flow rates, and the need for less rescue medications.

To describe depressive symptoms, we used the GDS score as a continuous variable and thus were able to approximate the continuum of depressive conditions. At one end of the continuum there is 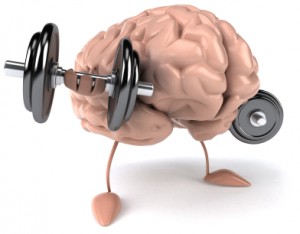 major depression, which is a well-known contributor to worse overall physical health. Along the continuum there are other depressive conditions, such as dysthymia, a chronic condition with fewer depressive symptoms than major depression, but existing for at least 2 years. Dysthymia could contribute to worse asthma outcomes in various ways, such as by decreasing motivation to take daily medications and to follow an asthma action plan. Dysthymia has not been formally characterized in asthma patients receiving treatment via Canadian Health&Care Mall but is an important variable that should be included in mental health studies in this population.

We measured asthma severity using a validated scale that integrates several clinical variables in order to provide a comprehensive assessment of long-term asthma status. Our findings confirm the relationship between depressive symptoms and severity found in other studies that also used composite measures. For example, in a study with > 700 patients, Eisner et al found that patient-reported depressive symptoms were associated with worse Severity of Asthma Scale scores. In another study, Janson-Bjerklie et al reported asthma severity in two ways: according to categories deduced from patients’ qualitative descriptions, and according to a composite score generated from medication and resource utilization variables. These investigators found that patient-reported depressive symptoms were more strongly associated with the qualitative measure than with the composite measure; however, in this study having depressive symptoms was treated as a dichotomous variable and the continuum of depressive conditions was not considered. Most studies, however, have not used composite measures but instead have relied on individual comparisons with severity-related variables. For example, other investigators have shown that having more patient-reported depressive symptoms was associated with more hospitalizations, use of maintenance medications, and periodic use of oral corticosteroids.

The precise nature of the relationship between asthma and depression is not known; however, proposed mechanisms include both behavioral and neuro-biological pathways. Most prospective studies’’’ have shown that patients with more depressive symptoms subsequently have worse health-related quality of life and more urgent asthma resource utilization. A few prospective studies have considered the reverse causal direction and shown that worse asthma control, measured by peak flow rates and symptoms, results in more short-term unpleasant mood. Other studies infer worse psychological state caused by asthma from crosssectional analyses of patients several months after near-fatal asthma attacks compared to controls with similar asthma characteristics but without near-fatal attacks. In these analyses, patients with near-fatal attacks were more likely to have denial and 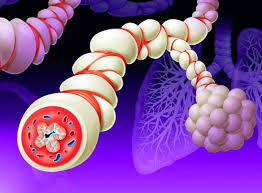 less adaptive personality characteristics, such as depressed mood. Although not clearly delineated, the reciprocal relationship between asthma and depression is clinically relevant because for some patients an effective way to treat persistent asthma may be by optimizing asthma medications and by treating any coexisting depression. Similarly, for some patients with persistent depression, the dual approach of optimizing both antidepressants and asthma medications may be effective treatment. This strategy also applies to the converse situation (ie, if one condition improves, it may be possible to decrease medications for the other condition). Therefore, screening for depression should be part of comprehensive care for asthma patients. Validated self-reported scales, such as the GDS, that are completed by patients address multiple symptoms and are excellent screening tools. However, physicians assessments also are necessary because physicians must verify that symptoms are due to a mental health etiology. Self-reported measures that are reviewed by physicians and discussed with patients are practical and feasible in primary care settings. Based on physicians’ assessments, management plans then can be developed to entail reassessment at the next visit, prescribing antidepressants during the current visit, or referral for more formal evaluation.

This study has several limitations. First, we enrolled only outpatients who had stable mental comorbidity and were amenable to increasing physical activity, and our findings may not be generalizable to patients with active psychiatric conditions and those unwilling to change exercise habits. Second, although we had comprehensive criteria for physician-reported depressive disorders obtained from medical charts, it would have been ideal to have had formal psychiatric evaluations at the time of enrollment. However, our methods more closely coincided with the way mental health is assessed in primary care settings. Third, we relied on patients’ self-report for measurement of asthma severity and control. Given that there are no widely acknowledged “gold standards” to measure these parameters, we tried to minimize this limitation by using validated scales that considered multiple variables. Nonetheless, self report is a limitation of severity and control studies because patients with more depressive symptoms probably overestimate symptoms and sequelae of asthma.