The Technique of Catheter Ablation of Cardiac Arrhythmias 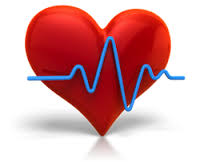 In recent years, a catheter technique for closed-chest ablation of the atrioventricular (AV) junction has emerged as a therapeutic alternative for the treatment of supraventricular tachyarrhythmias. The technique involves delivery of one or more direct-current shocks through a cardioverter to a catheter electrode (cathode) that records the His bundle electrogram and a patch electrode (anode) that is placed adjacent to the left scapula. The amount of electrical energy used in each shock ranges from 35 to 500 (usually at least 200) J. Successful ablation is judged by the development of complete AV block produced by the thermal injury at the AV junction. This can be accomplished in approximately 60 percent of patients during a first attempt which includes one or more shocks. Implantation of a permanent pacemaker is mandatory following a successful procedure.

Although no complications are observed in a small number (seven) of patients reported by Ector et al in this issue of Chest (see page 676) the procedure is by no means benign. In an international registry of 127 patients who underwent catheter ablation of the AV junction, one developed ventricular fibrillation, one cardiac tamponade, and one transient hypotension as immediate complications. Myocardial damage as evidenced by a slight rise of creatine phospholdnase MB was not infrequently observed. In the same registry of patients, three developed ventricular tachycardia, one hemothorax, one thrombosis of the left subclavian vein, three sepsis related to infection of the pacing catheter and/or the pacemaker pocket within one month after the procedure. During a mean follow-up period of 9.9 ±8.2 months, 90 (71 percent) of the 127 patients remained in complete AV block, three died suddenly, four died of progressive heart failure, and four died of noncardiac causes.

The technique of catheter ablation of AV junction, thus, provides an effective means for controlling supraventricular tachyarrhythmias but creates pacemaker dependency and may produce serious complications. This therapeutic modality should be performed only by experienced 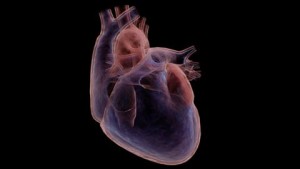 electrophysiologists and should be reserved only for patients with disabling supraventricular tachyarrhythmias refractory to medical therapy, including the use of experimental antiar-rhythmic drugs. Future efforts should be directed toward refinement of the technique such that AV conduction will be modified but not eliminated, and damage to the surrounding ventricular myocardium avoided; that is, to control supraventricular tachyarrhythmias without the need for pacemaker implantadon and without creation of potentially arrhythitio-genic lesions in the ventricular myocardium.