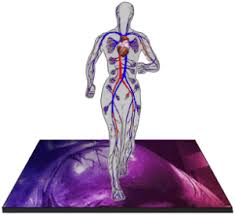 Patients included in this report were enrolled in a randomized trial to foster exercise and physical activity in asthma patients. Elements of the initial psychosocial assessment constitute this analysis. As previously described, patients with mild-intermittent to moderate-persistent asthma followed at the Cornell Internal Medicine Associates primary care practice in New York City were eligible for this study. Patients with major physical or mobility-limiting comorbidity were excluded. Patients also were excluded if they had active mental comorbidity, such as worsening or refractory major depression or other thought, mood, or behavior disorders. Patients were identified from appointment schedules and were enrolled after providing informed consent when they came to the practice for routine visits.

At enrollment, patients were interviewed and completed a series of questionnaires that included measures of asthma severity, asthma control, and psychosocial covariates. Asthma severity was assessed with the Severity of Asthma Scale (SOA), a 15-item scale measuring maintenance medications, prior oral corticosteroid use, asthma hospitalizations, and intubations. SOA scores can range from 0 to 28 (higher score indicates more severe asthma), and 5-point increases correspond to worse clinical conditions, defined as more resource utilization and more days with restricted activity. Asthma control was assessed with the Asthma Control Questionnaire (ACQ), a 7-item scale measuring recent symptoms, rescue medications and FEV1, which we measured with a portable spirometer. ACQ scores can range from 0 to 6 (higher score indicates worse control). An ACQ score < 0.75 is considered well-controlled asthma, and > 1.5 is considered not well-controlled asthma based on comparisons with daily symptoms, peak flow rates, and rescue medications. Depressive symptoms were measured with the Geriatric Depression Scale (GDS), a 30-item scale with scores ranging from 0 to 30 (higher score indicates more depressive symptoms). The GDS was chosen because it measures only psychological symptoms of depression and does not include somatic symptoms that may overlap with asthma symptoms (such as sleep disturbance) and lead to overestimating the prevalence of depression. The GDS has been shown to be valid in younger adults and applicable to asthma patients. Patients also reported medication adherence with the 4-item Morisky Medication Adherence Scale; scores can range from 0 to 4 (higher score indicates less adherent). Patients were asked about their own smoking history as well as regular exposure to others who smoke.

Electronic medical records were reviewed for indicators of clinical depression. Given that methods of reporting depressive disorders can vary in primary care practices, physician notes were reviewed for three clinical indicators: depression-related International Classification of Diseases, Ninth Revision (ICD-9) codes; physician descriptions of depressive symptoms; and prescriptions for antidepressants at dosages used to treat depression. Patients were categorized as having a physician-reported depressive disorder if any of these indicators were cited in medical notes by physicians.

With the SOA score as the dependent variable, two multivariable linear regression models were set up, one with patient-reported depressive symptoms, and one with presence or absence of physician-reported depressive disorders. Models were adjusted for covariates, specifically demographic characteristics, medication adherence, and smoking status. Two similar models were set up with the ACQ score as the dependent variable. Statistical analysis was performed (SAS Version 5; SAS Institute; Cary, NC; and R; R Foundation for Statistical Computing; Vienna, Austria). The Committee on Human Rights in Research at the Weill Medical College of Cornell University/New York Presbyterian Hospital approved this study.